South Tyneside College has provided education and training in South Tyneside for over 150 years. Established in 1861 as a Marine School, it has changed dramatically over the years to meet the evolving needs of both the local community and the marine industry. STC still enjoys a worldwide reputation for the quality of their marine courses. They are also very proud of their longstanding links with the local Borough. Today, they cater for nearly 3,000 full-time and over 5,000 part-time students who study hundreds of different courses and subject areas. However you will still find the same community ethos and the warm welcoming atmosphere which has always been their trademark.

The Marine School was founded by local patron Dr Winterbottom, who provided £21,000 in 1859 to educate boys aged over 17 who wished to go to sea. The Marine School opened on 26 March 1861 in hired rooms in the Mechanics Institute (today, the South Shields Museum). In 1869 a more permanent site was found, almost opposite on Ocean Road. By 1918, staff generally numbered seven and the Marine School offered not just navigation and scientific training, but also marine engineering.

In 1951 the Marine School was taken over by the Local Education Authority and became the South Shields Marine and Technical College. It marked the start of a new era. The College no longer offered solely marine training. Instead, it offered a wide range of different subjects for the people of South Tyneside. In 1957, due to increased demand and continual expansion, the College moved to its present site in Westoe. New departments opened in Electrical Engineering, Catering, General Studies and Maths and Science. Marine Training also developed and new facilities added: A Planetarium (1964), Radar Station (1968), Seamanship Centre (1972), Training Vessel on the Tyne (1971) and Ship’s Bridge Simulator (1981).

The Hebburn Technical College grew out of the Jarrow Technical Institute, which was an offshoot of the Jarrow Grammar School. It was established to meet the large increase in demand for training for the local engineering, shipbuilding and mining industries.

The merger of South Shields and Hebburn in 1984 formed the college as we know it today. It has continued to evolve and develop since its formation in 1984. However it still maintains its two centers at Westoe and Hebburn, as well as its worldwide reputation for marine training and its firm commitment to the local community.

AMET University has a 18 year old relationship with City of Glasgow College, UK and thousands of graduates have come out of this association.

The College, deservedly, has an international reputation in Nautical Studies, with students attending classes from all over the United Kingdom and abroad. The College has a Hall of Residence (hostel) with over 200 rooms. Their courses combine theory with hands-on experience in a well-equipped workshop. They also provide the full range of preparatory courses for the Maritime and Coastguard Agency’s Certificates of Competency for Marine Engineering and Deck Officers. The awarding body for the Higher National Diploma Courses that we are conducting in collaboration with GCNS is the Scottish Qualifications Authority (SQA) and its rules and regulations govern the conduct of the courses and the final award. The college has won a prestigious award form LKE Scottish Council for development and industry (SCDI) for ‘Outstanding International achievement in Scotland’s Colleges'. The award was presented to Calum Maclean at he SCI annual dinner and International Awards events at the Edinburgh International conference centre.

University of strathclyde, Glasgow (USG) is Scotland’s third largest university with an international reputation and outlook with students and staff from over 100 countries.

The university and Faculties are investing in academic programmes that reflect a positive, also encourages it’s students to play an active role in the dialogue about strategic implementation and vision for the future With an illustrious 125 year history, the department of naval architecture and marine engineering is a key provider of marine technology expertise in the UK and beyond. Ideally located in Glasgow, the university continuous to build on the city’s rich heritage of shipbuilding and sea-faring, making significant contribution to national and international policy, making and advancement of the marine technology field.

The university’s B Eng and M Eng courses are accredited by the royal institution of Naval Architects (RINA) and the institute of Marine Engineering, science and technology (IMarEST) on behalf of the Engineering council.

AMET University students can join this university for their third and fourteen year of B.E Degree will be awarded by USG, UK.

The University of Plymouth is one of the UK’s most dynamic and innovative Universities – located in the heart of a great and beautiful waterfront city. With an educational history dating back to 1862, it boasts a tradition of excellence. The agenda of ht University is to shape it so that its future will be as successful- and as long lived – as its past. Plymouth business school is a major provider of management education in the south West region of England. 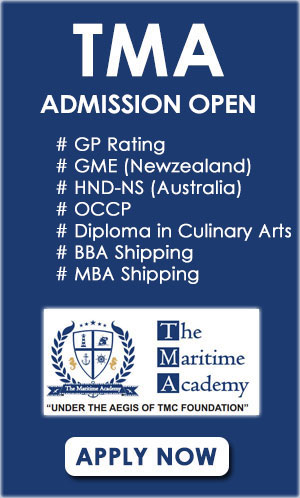